My son in law, Chris, helped me with this experience by running together.  I completed the race in 54:02, while he ran a bit faster as the old man (me) faded some at the end.  As for April, the day of the race was cold, starting in the 40s and ending in the 50s.  We were freezing at the beginning and sweating at the end.

As you can see from the pictures below, we has a special guest running the race.  None other than “Woodie Wilson” (i.e., Woodrow Wilson, the 28th president of the US).   I wound up beating him by about a minute.  I should hope so as he is 100 years older than me and he has been dead for 92 years.  Although Woodie ran an impressive race considering the size of his head!

All in all, a great experience, knowing that I can still run a distance well (8:42 per mile) as well as received a cool tee shirt and a small mason jar mug. 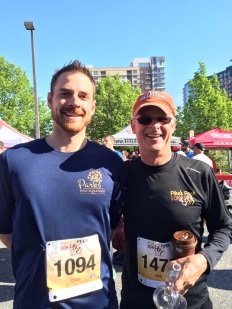 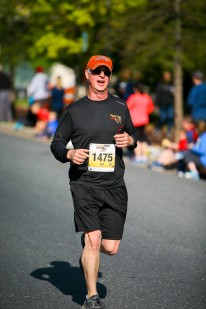 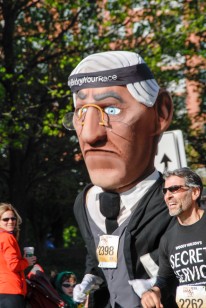